The interesting one lives up to its billing: Cardinals 2 — Astros 3

Share All sharing options for: The interesting one lives up to its billing: Cardinals 2 — Astros 3

Well, this was the match-up that I pegged to be interesting and it didn't disappoint.  Breaking down the starting pitch match-up indicated that the deciding factor in the game was going to be the defense backing the pitchers, and the Astros did not disappoint.

Moehler, however, was as dominant as I have seen him.  JD was thoroughly impressed with his effective mixing of pitches and it showed with the Cardinals hitters staying unbalance for Moehler's 6.1 IP.

So onto the positives: 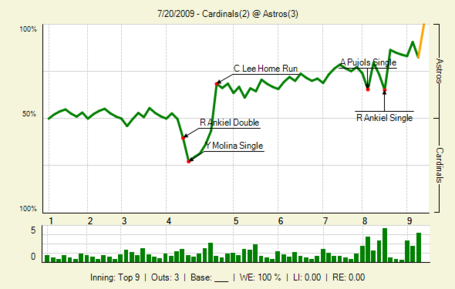