The Astros managed to keep it interesting all the way until the final out, but defensive mishaps, a weird strike zone, Mike Hampton missing his glove, and a heart breaking Jeff Keppinger ground out in the 8th the could have gone either way allowed the Dodgers to take this one.

The one positive to be taken away from the game, is that Jason Michaels drove in a run.

FSN Houston informs us, via Twitter, that a DL decision may have to be made for Darin Erstad, and if the look on his face after he strained his hamstring is any indicator of how decision will go, I imagine that someone in Round Rock is getting a phone call right now. 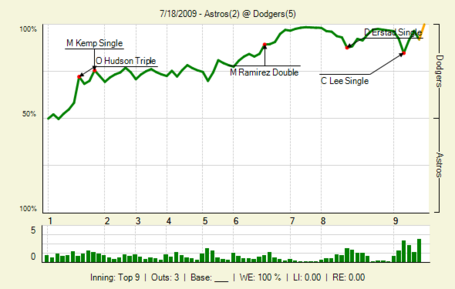