I can't remember the last time I watched an Astros game and they managed to beat a good team while making it look easy.  Maybe that's just because nothing seems to ever really come easy for this team, in my mind, but tonight was one of those rare occasions where my blood pressure remained steady throughout the game.

After an improbable three run two out rally in the first against Chad Billingsley, things felt like they were headed in the right direction for the Astros, and my inkling that the baseball gods decided to smile on the Astros for the night held true. So thanks baseball gods, you have allowed to move into a three way tie in the NL Central and ensure that we split this series with the NL leading Dodgers.  Not a bad way to start back from the All Star Break at all. 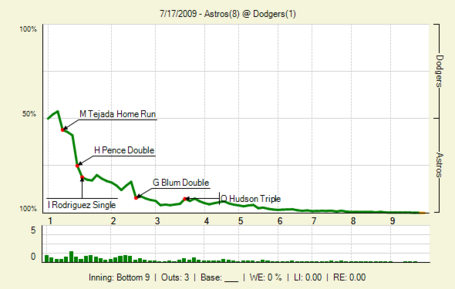