Backe and Valverde on the mend for the Astros

Share All sharing options for: Backe and Valverde on the mend for the Astros

Backe finished his last rehab stint last night at AAA Round Rock and it wasn't a good one.   4 ER, 11 H, 3 K, 1 BB, over six innings, needing 96 pitches to get there.  Backe cites weather related conditions on the field to cause his focus to shift from pitching well to staying healthy, but either way, those are not strong results, and most of his results haven't been strong either.

From the article we get these clues about Mr. Backe's future looks like:

Cecil Cooper said Backe will "pitch somewhere on this road trip, but I don't know exactly when or where. We've got to determine that. But we will activate him [from the disabled list] at some point."

The when and where also refers to the Astros hesitancy, it seems to guarantee him a starting job.

"We'll use the time to try to make the right decision as to what the role will be going forward," general manager Ed Wade said. "We're open-minded to any opportunity right now. We'll have to wait and see what our needs are and where he fits in."

Rather than comment more on Backe's potential role, I'll save it until after I finally post some work that Harry Pavlidis, of BtB and cubs/fx, provided me so that we can have a more informed debate about the ability of Backe to offer the Astros anything of worth.  Look for that in either a Part I-type post tomorrow, or a massive post on Wednesday (I've yet to decide how to break it up or if it really can be).

Before we get off of the subject of Brandon Backe, the article has a few quotes from Backe that indicate he's a little bit frustrated by how long he's been rehabbing and the lack of a consensus, vote of confidence, whatever you will, on his role with the Astros upon arrival.  I'm not sure that's the best tone to take if I were in his position, but I've also never been in his.

Moving on to beleagured closer Jose Valverde, a second opinion his calf reveals that his lingering discomfort is normal, and the Astros expect him to begin the process of rehabbing soon.

"We expect him to start running in the next couple of days," Wade said. "Once he starts running we can progress forward. He's still weeks away from him being able to pitch in a game at the big league level."

A few weeks away is terribly depressing though.  Why have the baseball gods taken such wrath on our bullpen? Did someone just get a bucket of fried chicken instead of a live chicken? 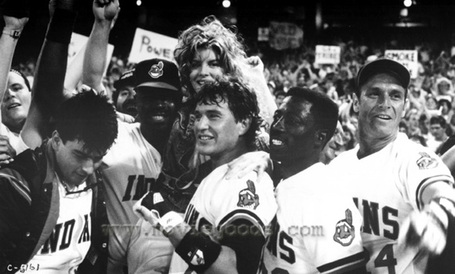