The good ol' Lone Star Series rivalry will be renewed this weekend. In actuality, this is more of another interleague game than an actual rivalry. There is no bad blood between these two clubs, and baseball fans are not as passionate about their teams in Houston and Dallas than elsewhere in the country. It has, however, been a close series, which means competitive baseball has been the norm. The Rangers always seem to get a huge blowout win, then the Astros will win two lower scoring games. A huge run differential advantage sends the Silver Boot up to Arlington when the teams inevitably split their six games.

Coming into the series, the Rangers are coming off (another) sweep at the hands (paws) of the Detroit Tigers. Their three game losing streak halted a streak of solid baseball by the Rangers, in which they won thirteen out of their past fifteen contests. Defense has been the major change between this year's Rangers compared to last. Texas ranks fourth in MLB with a 7.8 UZR/150, as Chris Davis, Elvis Andrus, and Ian Kinsler have helped lead a resurgance on the infield. Michael Young may have switched positions, but the now third baseman is still a butcher in the field, ranking last out of all major league third basemen. Josh Hamilton's groin is hurting, and he's listed as day to day. Manager Ron Washington doesn't consider the injury to be bad enough to warrant a DL trip though.

On the pitching side of things, Texas still isn't all that great, but pitching coach Mike Maddux has been able to cobble together a staff that hasn't held back their stellar offense and fielding. A 5.01 FIP ranks the Rangers in the bottom five in baseball, but a low walk total has helped their cause considerably. On the whole, the one area that may hold back the Rangers in the future is their staff's inability to strike batters out. Couple that with a lower than average BABIP, and the fact that the Rangers are outplaying their Pythagorean record by two games and a regression may be in order. We may have already seen the beginning of that process this week in Detroit. Wandy and Roy aren't pitching this weekend, so Ranger hitters have the chance to sit down to a feast of mediocre starting pitching and a beat up bullpen. 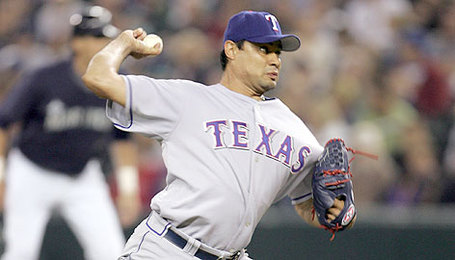 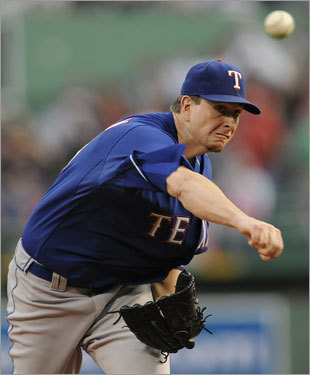 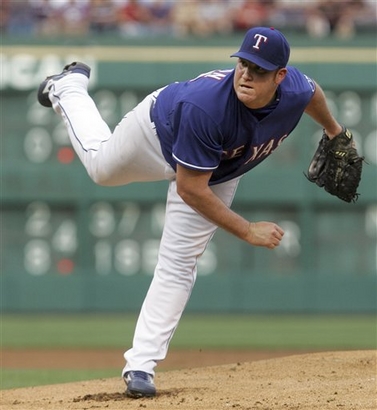