After splitting a rain shortened two game series in Chicago, the Astros head home for a tilt against division leading Milwaukee. It wasn't so long ago that Milwaukee was in a similar position as our Astros: bobbing along a few games under the .500 mark. Since May 3rd though, the Brewers have won eleven of thirteen games, which has propelled the team to first place in the NL Central.

There have been many players who have contributed to this revival of Team Hops and Barley. Rickie Weeks and Prince Fielder had sub par 2008 seasons? This season, both have pounded the baseball, with slugging percentages for each above .500. Ryan Braun has rebounded as well off a somewhat down 2008 season to continue his path to being one of the best players in the game. As is so often the case, a change of approach at the plate has yielded a better season. Patience is the name of the game with Braun, so too with Mike Cameron and his OPS+ of 144. Corey Hart is still up to his old hacking ways, while JJ Hardy has gotten off to a slow start. Jason Kendall....well....plays professional baseball.

Yovani Gallardo has two home runs, and an ERA of 3.00. Dave Bush is a control freak in an oh so good way. A 3.60 K/BB ratio, coulpled with a low WHIP has led to a tidy ERA and a spotless 2-0 record. Jeff Suppan was downright nasty in his last start against the Cardinals. On the whole, the Brewers' pitching staff has a team ERA of 3.94, good for fourth in MLB.

Will losing the services of CC Sabathia and Ben Sheets catch up to the Brewers? Maybe. Milwaukee is 12th in strikeouts and 11th in walks allowed. The staff doesn't allow an inordinate amount of home runs, and their bullpen- with Todd Coffey, Seth McClung, Carlos Villanueva and Trevor Hoffman, should prove to be very effective and a definite asset. Couple this with an improved right side of the infield, and an MVP caliber season from Ryan Braun and things couldn't be better on Lake Michigan. 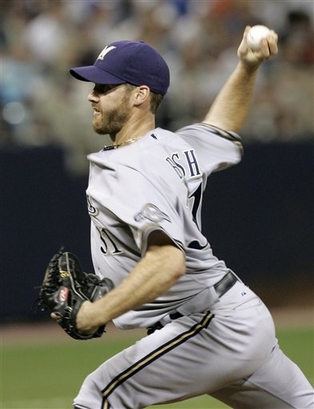 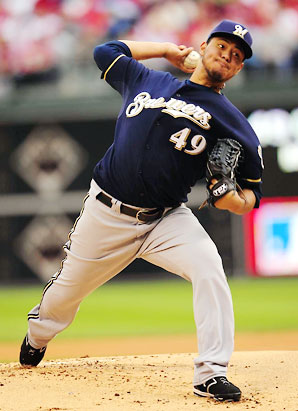 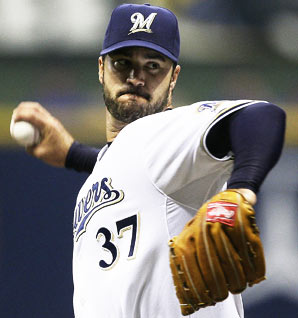