After sweeping one NL West foe, the Astros head to Denver to take on the Colorado Rockies. There were all sorts of positive signs coming out of the San Diego series: strong starting pitching, Miguel Tejada's power switch being clicked to the "on" position, Carlos Lee taking up the mantle of team power hitter in the absence of the injured Lance, and Brian Moehler showing signs of life. What's that? I mentioned Moehler after already taking note of the starting pitching? Well, after how he pitched early on, he deserves an extra bit o' kudos.

After I compared the Astros to a homemade robot on Friday, things are looking a little brighter. Our first three game win streak of the season can do that to a fan's perspective. Can we expect the success to continue in Colorado, or are we liable to fall flat on our faces?

Colorado manager Clint Hurdle should be feeling the pressure of his team's slow start. A 12-18 first thirty games isn't pretty, but then again, it's not terrible. After losing Matt Holliday, the offense is doing quite well, ranking 12th overall in OPS. Brad Hawpe and Todd Helton have started the season off like a couple of studs, while Garrett Atkins and Ian Stewart wish they could press the reset button. Youngers Troy Tulowitzki and Chris Iannetta don't have pretty averages, but their BABIPs show that this will take care of itself in time. Iannetta for instance has eleven hits so far this season, six of which left the park. Outfielders Seth Smith and Dexter Fowler offer a ton of potential.

Their pitching has been stereotypically poor, but not so poor that they can't compete. The award for best starter this season has been Jorge De La Rosa, by leaps and bounds. He's been superb at limiting the home run ball, and at striking batters out. Like most young starters, walks are a problem, but he doesn't exascerbate that problem by nibbling or giving up an inordinate amount of hits. New Rocky Jason Marquis has a nice ERA (3.92), but his FIP is almost a run higher (4.70), and his K/9 rate of just above four doesn't inspire confidence that he can continue posting that kind of earned run average. The back end of the bullpen isn't nearly as strong as many would have thought. Manny Corpas and Huston Street competed well into the spring to be the closer, and neither has excelled so far in 2009.

Defensively, the Rockies are just behind the Astros, 16th in UZR/150. Clint Barmes, Dexter Fowler and Troy Tulowitzki are all much above average defenders. Their big name bats: Hawpe, Atkins and Helton are less admirable with the glove. 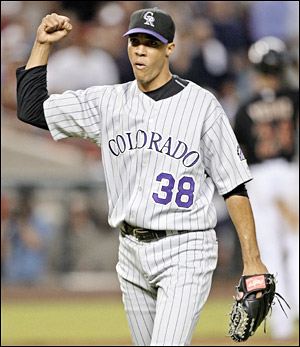 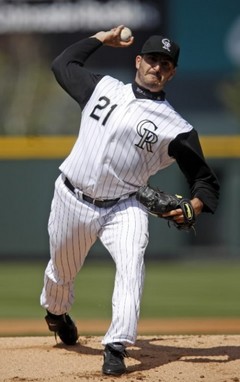 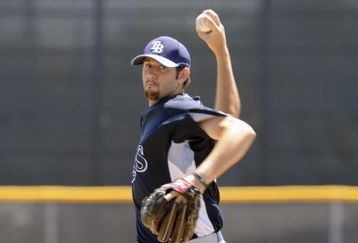