Seven Series in Seven Days: Texas Rangers at Astros, May 22-24

Share All sharing options for: Seven Series in Seven Days: Texas Rangers at Astros, May 22-24

Has Interleague Play lost its luster? I say yes. Be that as it may, the Rangers are coming to town to renew the age old rivalry between Houston and Dallas.

For the first time in quite a while, the Rangers have some real optimism following them into a season. For the most part though, that optimism is founded upon 2010 and not 2009. As it stands, this season is a limbo period for Texas, where anything could happen, but most likely "anything" will not be "the playoffs".

The Rangers' starting rotation is one that the Astros can match, and even exceed, in terms of ability. There isn't all that many bright spots emanating out of a group comprised of Kevin Millwood, Vicente Padilla, Scott Feldman, Matt Harrison and Kris Benson. The most exciting thing about these guys? This: 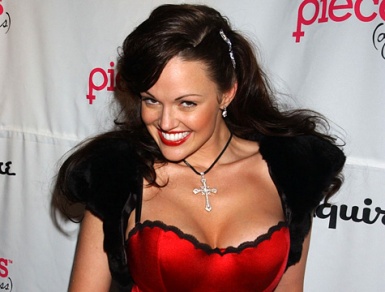 The lady pictured above is Kris Benson's wife, Anna Benson. That's all the city of Dallas needs- another fake breasted attention hound. Regardless, it's another reason to head out to the Ballpark in Arlington.

Offensively, the Rangers are a much ballyhooed bunch. Hamilton, Kinsler, the resurgence of Nelson Cruz, Michael Young whining and then succumbing to the pressure to move to third base...we've heard it all. People seem to have forgotten about Jarrod Saltalamacchia, and I don't really know why. Because he didn't hit for power in his age-23 season? He strikes out too much at this point, and struggles in the contact department as a result. Don't sell him short. Of all the people who've gotten attention the Rangers, Salty may end up surprising more than any of them.

This is a close series, and this year should continue that trend:

This is win-able series to be sure. With the Ranger offense though, and the Astros' ability to go cold with the bats, anything could happen.