Share All sharing options for: Bad Valverde, Good Valverde, and Pitch F/X: Converting an Astro win into a loss

Most pitches in baseball, besides curve balls, involve the pitcher putting a certain amount of backspin on the ball. Backspin keeps the ball from falling faster than it normally would if no backspin were applied. This can be used to the pitcher's advantage, but sometimes it can be used to his detriment. Tonight, Jose Valverde didn't seem to be his normal self. Whether it was because he just had an off night, or whether his back was bothering him, a greater percentage of his fastballs had  more backspin than in his more successful outings: 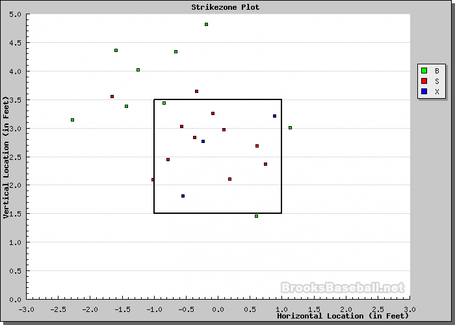 Below is a strikezone plot of a save he recorded against these same Reds August 28, 2008. Last season's appearance saw his pitches drop much quicker than this season's. 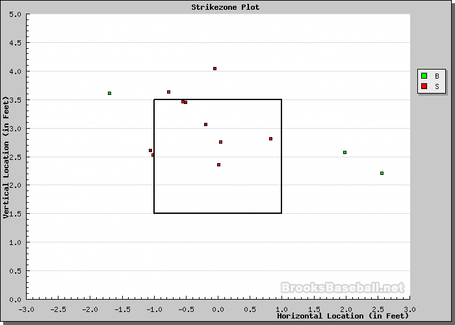 Fewer pitches up in the zone usually means greater success. There are a lot of variables that go into analyzing performances, but this was one that I noticed last night.