Astros lose in frustrating fashion to the Cardinals; was Hampton getting squeezed?

Share All sharing options for: Astros lose in frustrating fashion to the Cardinals; was Hampton getting squeezed?

**UPDATE** Because just about everyone who was rooting for the Astros has remarked that Hampton was getting squeezed, I went through and took some screen shots from Game Day to see if that was a fair criticism to make.  Photos after the jump.

It was a frustrating game from the get go.  Hampton seemed to be getting squeezed and stretched out his pitch count by alternating between loooooong innings and ridiculously short innings.

Our inability to blank the Cards in the frame following one of our runs was just simply maddening.

9th inning heroics seemed to be in the works, but alas, they were all for naught.

On the plus side, Pujols was pretty much neutralized (except for Hampton lobbing the ball to first)?  If only Ludwick and Schumaker could have been as well.  Oh, and Carlos Lee had a good game too. 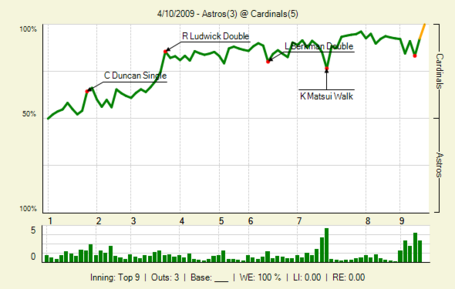 See you tomorrow afternoon for round two.

Box Score and commentary from the Red Birds here.

So this won't be proof positive of anything because I didn't compare anything to Pinero and we don't know if this is an abnormal result, but there are a few pretty clear examples of Hampton getting hosed by home plate ump Ed Hickox (plus a few pitches that could have gone either way, I think). 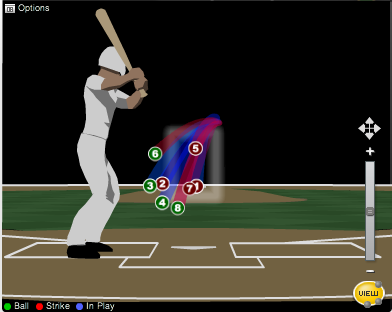 Pitches four and eight are close. 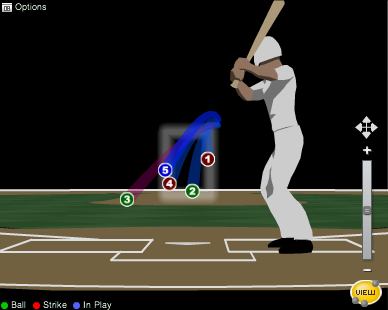 But pitch 2 here is just absurd. 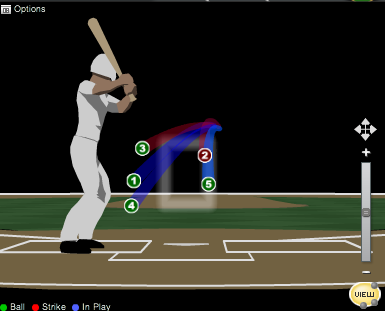 Wait, how is pitch 5 not a strike?

The view is about to change because as I took the screen shots, my mouse kept moving it and then I just started messing around with the view. 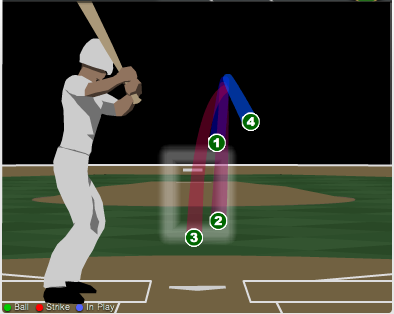 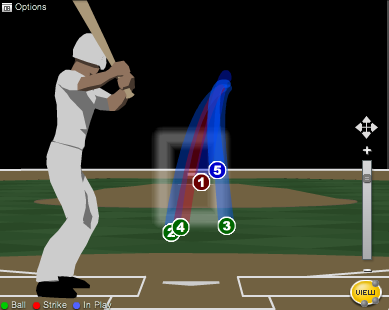 He was painting the corners, for sure, but at least one of these please.

Like I said, not the most scientific, or proof definitive because I didn't go through every at bat, but some examples of a goofy zone, I think.