As you'll soon see, the NL Central is not a division that has a stable of talented shortstops. The dearth of top tier players allows a Brewers player to rise to the top of the Throwdown for the first time.

Last year's Brewer team made the playoffs despite sub par seasons from Ryan Braun, Prince Fielder and Bill Hall. Hardy, however, went above and beyond expectation, offensively. His BA, OBP, OPS, 2B and BB numbers all increased in 2008 from 2007. He's an ok defender, which is a surprise because going into 2008 it was thought that he was made out to be a liability in the field. A low LD% of 15.5 makes me wonder how his BABIP remained above the .300 mark, meaning that he may struggle to keep his performance level where it was in 2008 unless he can hit a few more balls on the sweet spot. Points Awarded: 6

He will make $13 million this season, and there is little chance a 20 HR+ season is in his future. But in this division, Miguel Tejada is the second best at his position. His ability to hit for power is gone, and in it's place is a tendency to still swing big, and swing often. His OBP won't get him far, but should inch above the line of major league respectability (.320). On the plus side, Tejada was the best shortstop in the NL last season in terms of RZR. Points Awarded: 5

Awesome nickname (The-Riot), not too bad of a player. For someone who doesn't have the greatest skills in the world, Ryan Theriot has made himself into a contributor. That much is true even if he doesn't steal any bases or play superb defense. Patience is a virtue, a credo that Theriot has taken to heart, upping his OBP from .326 in 2007 to .387 in 2008. That will surely help his cause this season as well. A high GB% means that Theriot is a prime double play candidate, hitting into 22, second on the Cubs last season. The fact that he hits in front of the Cubs' number one DP candidate in terms of number hit into, Derrek Lee, is something to watch in 2009. Still, Lee and Theriot hit with runners on base with frequency, since the Cubs are a very high OBP team. Points Awarded: 4

Few players have been beaten down by PETCO park more than Khalil Green. After amassing a career home OPS of .658 at home, the Padres bid him a not so fond farewell. The new Busch Stadium isn't a hitters' paradise, but if his walk rate improves at all, he should be able to turn in a decent offensive season for the Cardinals. He swings hard, and strikes out often, but if NL Central shortstops were to put on a home run derby, my money would be on the Spicoli-clone. Points Awarded: 3 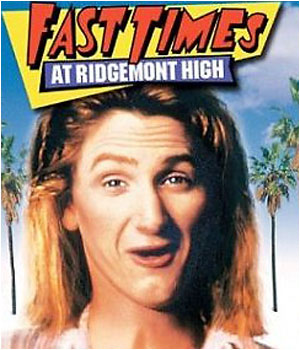 Rather than go into detail about his lack of plate discipline, power, baserunning chops or mention of his age (31), I'll give you the option. Ya'll can either finish up this article by watching a video of The Rolling Stones performing Jumpin' Jack Flash, or continue the Jack Wilson preview after the video. Here ya go:

Wow! You read on. Impressive. Well...I honestly didn't think anyone would want to read more about Jack, so we can just move on...

After finishing out the Third Base preview with a platoon, we finish out Shortstop with one. Although this one doesn't seem to be planned. Alex Gonzales missed the entire 2008 season after undergoing knee surgery. It's microfracture surgery, so you never know what you'll get, especially out of a guy who's 32 years old. He may be better offensively than Mr. Jack Wilson, but his defense may be suspect after a year on the shelf.

Paul Janish is only being mentioned because 1) he's a Rice University product 2) he's a graduate of Cypress Creek High School in Houston. The second part is more important to me, being an alumnus myself. Other than that, he's basically a replacement level player.

On the prospect level, Chris Valaika may be the heir apparent at shortstop. Questions about his range may necessitate his move to second base at some point, but his bat may get him to the bigs regardless. Total Points: 1