There when we need him- Chris Sampson, 2009, and his value to the Astros

Share All sharing options for: There when we need him- Chris Sampson, 2009, and his value to the Astros

This is it people. The last week without baseball. If we're this excited imagine how the Astros feel. Especially someone like Chris Sampson, who missed a great deal of playing time last year due to a sore throwing elbow. After having surgery to repair a torn tendon, he is finally pain free for the first time since 2006. Which is perfect, considering how the bullpen will be relied on just as much in 2009 as it was in 2008.

Sampson represents the one true "innings eater" of the pen that the Astros have at their disposal. Perhaps if Alberto Arias makes the club, he can fill a similar role, but as it stands today, his right arm will be important in keeping games close.

While there are bigger names in our bullpen, Sampson was our best arm in terms of Pitching Runs Above Average (pRAA). A lot of the time, its difficult to ascertain who is pitching well in relief, and who is taking advantage of lucky situations and park effects. The middle innings reliever often gets the short of end of the stick in terms of luck, and pRAA neutralizes situational pitching, park effects, and expected outs. Doing so allows us to get a more objective view of a particular pitcher, regardless of their role on the pitching staff. What we can see is that Sampson has flown under the radar. He pitches in some of the most difficult situations conceivable, and does the kind of work that allowed this team to succeed despite their run scored/runs allowed differential.

If he can continue to rehabilitate his elbow, and everything stays on schedule, Sampson should be in line for another solid, if unspectacular season. Bill James expects fewer innings this season due to fewer starts. One difference we could possibly see this year as compared to recent seasons, is an increased number of sliders thrown. With his elbow issues in 2007 and 2008, Chris relied more heavily on his cutter and his curveball. In 2006, his last healthy season, his slider was thrown nearly 15% of the time. Last season it amounted to only 6.1% of his total pitches thrown. His ability to keep hitters off balance as a relief pitcher is a skill that is very valuable, and one that the Astros will take advantage of quite a bit this season. 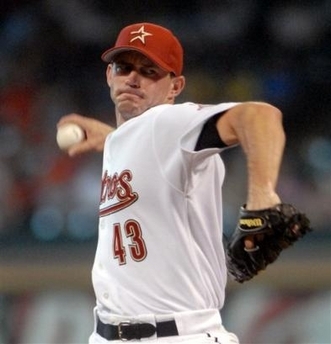