The Arizona Fall League hasn't exactly treated our farm hands all that well, but yesterday was a rare all around success for our boys, despite coming out on the losing end of things.

Jon Gaston, who is becoming the minor league Jack Cust, hit his second longball of the fall season and upped his SLG to a tidy .568. Speaking of Cust, if Gaston became like the A's DH: a low BA/high SLG/high K guy, I would probably be ok with that. Especially considering that Gaston appears willing and able to both play defense and steal the occasional base.

Jose Vallejo collected four hits in five ABs....I won't mention that he has only nine hits total in 39 ABs. Wait. What's that? I just mentioned it? Shit. But hey- what did Pudge Rodriguez do on Thursday? Count his millions? Play with his kids? Shine his Gold Glove Plaques? Maybe. Go 4/5 in a Fall League game? Nope. Advantage: Astros.

For what it's worth Dan Meszaros pitched well in an inning of work. Rejoice, for a run was not allowed.

Chalk this up in the..."now that I think about it, this makes complete sense" column: Tim Lincecum was pulled over on October 30th in his home state of Washington for speeding. Young guy, fast car, happens all the time. There's more: Tiny Timmy had 3.3 grams of marijuana in the center console of his Mercedes. I mean, can you blame him? Dude looks like your best buddy from high school. Difference being that he makes grown men look foolish every fifth day for the SF Giants. On second thought, maybe the Washington State Trooper pulled over this guy instead: 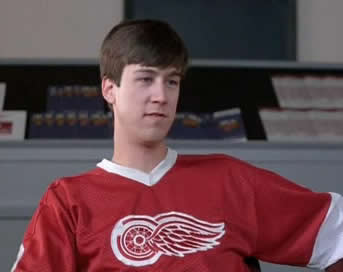 Folks, sit down in your chairs for this one. Of all the disheartening news we've posted on here, this may top the list: Oprah is taking her talk show from regular TV to her cable network in 2011. I know there are some of y'all who watch the show, so don't get all huffy because I posted this. It's a sad day when millions of people a day won't be able to comment on the best in girl-power literature, or Oprah's latest falling off the diet-wagon.

Brainstorm: what is Oprah most famous for? No, not The Color Purple. Not her friendship with Gail. Her giving away of free stuff! Cars, money, food, books, orphaned Asian children..scratch that last one. But she has proven ready and willing to give things away indiscriminately. It works for her. Hey- her shows are free to attend and she still gives things away.

Drayton McLane, I hope you're paying attention. Why don't the Astros take a page form the O-Dog's playbook and offer giveaways not just every once in a while, but every single home game. Make it creative:

-Take an Astro home and have him help with household chores. Every month, 25 lucky fans get to take home one of their favorite big leaguers to sweep the walk, scrub toilets and rake leaves. Can't you see Hunter Pence and Mike Bourn becoming even more of the fan's favorites based on their youthful exuberance with the mop or broom? If Lance and Roy were getting tired of playing baseball, imagine how upset they'd be having to fill Grandma's bath with epsom salts. Guarantee it: Roy would be like Sean Casey on the field, smiling and yucking it up with everyone, happy to be done with his indentured servitude.

-For the first 500 fans 25 and under: play for an Astros' minor league affiliate. The first 500 relatively young people will get a chance to play professional baseball for one of the Astros' farm teams. It's perfect, there's no pressure since we haven't fielded a winning minor league club since 2007, and what better way to clue the casual fan into just how poorly the lower realms of this franchise are run. On second thought: push the age limit up to 28. 30 if you're a lefty who's "slow developing, with good, raw stuff". Another can't miss.

What other give aways should Drayton put on the schedule? There are 81 home games. I suggested two. Let's see how many creative ideas we can get.