Yankees owe Astros for 12.5% of their runs in Game Three of the World Series

Share All sharing options for: Yankees owe Astros for 12.5% of their runs in Game Three of the World Series 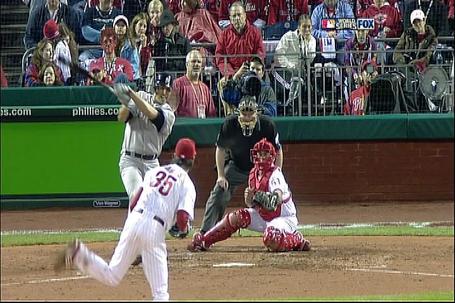 Andy Pettitte notched career post season win #17 last night in helping the Yankees beat Philadelphia in Game 3 of the World Series. Sure, seventeen victories is a record or something like that- but more importantly he drove in a run with a fifth inning single.

Basically Pettitte learned how to hit while he was an Astro. So you're welcome, New York. Don't underestimate his time spent as an Astro and how it helped the Yanks get halfway to a World Championship.