With the Metrodome but a memory, which stadium is the worst?

Share All sharing options for: With the Metrodome but a memory, which stadium is the worst?

True, the Humbert H. Humphrey Metrodome has seen its share of important games (the 1987 and 1991 World Series, last week's epic tiebreaker, a playoff series where the Billy Beane A's won), but it's far from aesthetically pleasing. Between the Hefty Bag in right field, to the opaque domed-roof, and the seating arrangement that is definitely not designed for baseball, Twins fans definitely have better days ahead in their new digs. I mean, when that fan jumped onto the field and was accordingly escorted to the stadium jail, his impetus for doing so was probably just to get a better seat.

As I see it, there are four stadiums that are severely lacking in terms of their appearance. In no particular order, they are: 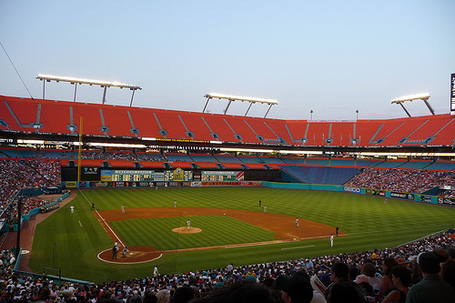 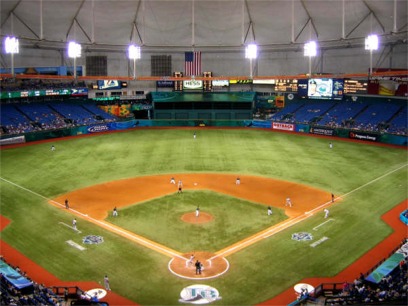 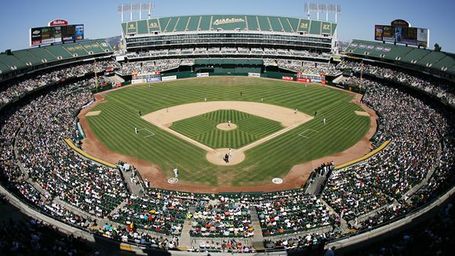 Now, this last one is debatable, and was actually a trendsetter in it's day, but to me it's always been ugly: 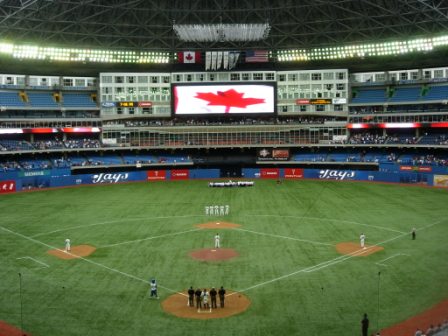 My first memory of baseball was in 1993. I was eight years old (yes I started late when it came to sports, but I've made up for it a thousand times over). It was a fall evening where my elementary school had a book fair, and I had just come home with my newfound treasures. The TV was on and I can remember seeing that stadium, which was relatively new in '93, and thought: what an ugly place. I had lived in Houston for about three years and had never been to the Astrodome. If I had, maybe I would have been less critical. Anyways, I've always thought SkyDome/Rogers Centre was less than beautiful.

Which one is the worst though? You make the call: