Share All sharing options for: Baseball America's Projected 2012 lineup for the Astros

The article is a couple weeks old, and the content is pretty standard:

What I found to be interesting, is that they project each team's lineup in 2012, based on current contract commitments and minor league players advancement to the big league club. I included each player's age during the 2012 season, and for the current Astros I included their PECOTA projection for that year.

A few things to note:

Jose Valverde will probably not be around in 2012, I can't see keeping him for three more years after this one..

What shocks me is the youth of Jordan Lyles and  Ross Seaton (pictured left). The last time the Astros had a starter as young as 23 was when Roy was a rookie in 2001. 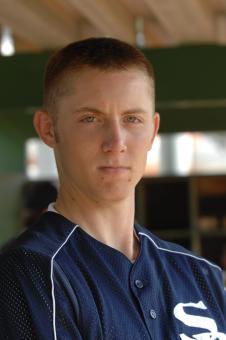 The rest of our young guys will all be in their primes, and Castro will just be entering his. The troubling thing is, and isn't there always something troubling with this group, is that Sutton, Manzella, and Johnson will all be reaching their peak years in 2012. After that, they enter their 30s and will most likely see diminishing returns. Such is the plight of the weakest farm system in MLB, I suppose....

Hunter Pence stands to see his most successful year as a major leaguer in 2012, and Michael Bourn will see his OBP rise to its highest mark, so says PECOTA....

Looks like JR Towles will be relagated to a backup (at best). Brad James is left out of the equation, along with Sergio Perez....What about Wesley Wright as a closer candidate? Felipe Paulino willalready be 29 in 2012, what to do with him, if he's even around at that point? Brian Bogusevic, I would assume is a potential fourth outfielder at that point, which is how many project him currently.

How do I know that Drayton doesn't spend money wisely (or at all) on draft picks? The biggest signing bonus ever in franchise history was offered to....Chris Burke. High draft pick or not...he's Chris Burke!