No better time than now for Nieve, Paulino to make jump to the rotation

Share All sharing options for: No better time than now for Nieve, Paulino to make jump to the rotation 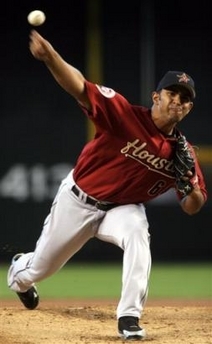 Fernando Nieve and Felipe Paulino have struggled through injuries and inconsistency in their short tenures with the Astros organization. With our dearth of starting pitching depth, however, they'll be given every chance to prove themselves worthy of making the starting rotation during Spring Training.

While they are both in the same boat as far as trying to make the team, they are not in similar situations in terms of their future with the organization. Nieve may be optioned to the minors if he doesn't impress the Astros brass, and is liable to be picked up by another team. Only if he clears waivers will he be an Astro minor leaguer. What complicates his situation even more is that Fernando will pitch for his native Venezuela in the World Baseball Classic. Missing up to three weeks of Spring Training with the Astros will set him back in this competition to become a starting pitcher for the big league club.

Paulino is more than a year younger than Nieve but has never been healthy enough to show the Astros he is ready to be a major league starter. A pinched nerve in his pitching shoulder kept him from toeing the mound in 2008. He was expected to make the jump to the starting rotation last year, as the team had many question marks heading in the spring. This year this are more veterans under contract, and Pualino is far from a model of consistency. 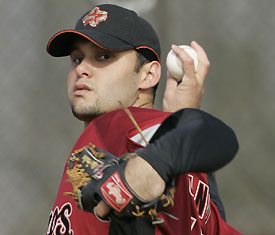 Regardless of the roadblocks that seem to be in their way, Nieve and Paulino may not have a better opportunity to make a major league starting rotation than this season with the Astros. Neither CHONE nor Bill James' projections are all that optimistic about either one contributing anything meaningful to the Astros this season, but that is to be expected. Only Paulino has pitched more than 100 innings on any level over the past two seasons, when he tossed 112 pretty decent innings of work for AA Corpus Christi in 2007. Nieve's closest thing to a "full season" was in 2006, when he posted a 4.20 ERA (but 5.46 FIP) over 96.1 innings for the Astros. Neither pitcher has displayed much control or the ability to induce groundballs over their short careers, but then again, rarely has either pitcher been healthy enough to show their true colors for a full season's worth of work. With our veterans being far from sure things, it would be great timing for both of these players to put together sustained efforts for the first time this season.