So, I didn't fall off a cliff, or get lost on the way to the grocery store only to end up falling into a hole never to be heard from again. It's two weeks until finals for those fool hardy folks in law school, and it's crunch time these next few weeks. So, if nothing else, this is a post to help ease DyingQuail's (and Clack's) load. DQ's been like Atlas this past week, putting the blog on his shoulders while keeping us up to date with trade rumors, Astros goings on and Ben Sheets. If nothing else, he's given Entropic Soul ample opportunity to chant his BEN SHEETS mantra....

Tuesday, 11/11: Last week we praised the Astros pitchers, but this week got off to a sluggish start on the mound. Sergio Perez was largely ineffective in his two innings of work, giving up a pair of homeruns en route to a total of four earned runs in total. Drew Sutton doubled in five at bats and scored a couple runs and Chris Johnson knocked in two runs with a single. Mark Ori...collected a walk!

Wednesday, 11/12: Donovan McNabb would've been a huge liability in this game, as Scottsdale and Phoenix played to a 5-5 tie. Brian Bogusevic went 2/6 with 2 1B and 2 RBI. Drew Sutton walked twice, singled and scored twice, continuing his his OBP ways. Bud Norris walked two and struck out a pair in 1.1 innings of work, lowering his ERA to 2.25.

Thursday, 11/13: This was an offense only day for Astro minor leaguers. Chris Johnson collected an error in the field (his 8th, ugh) but semi-redeemed himself at the plate going 1/4 with a walk and two runs scored. Drew Sutton had just one hit, but it was a four base hit, his seventh of the fall. Mark Ori went 2/3, with a walk and two runs scored. My OCD self loves the well rounded play from our hitters. It's like a clean bedroom where the bed is made, the shelves are dusted and the clothes are picked up- everything is taken care of.

Friday, 11/14: This was by far the worst all around performance from our guys the entire fall. In a 8-0 shutout loss to Peo, Brad James was shellacked for five runs in an inning of work. He struck out one and walked three. Brian Bogusevic, Drew Sutton and Chris Johnson combined for 2 hits in 10 AB's with four strikeouts.

Saturday, 11/15: What looks odd about that boxscore? Drew Sutton's absence, that's what. Scottsdale fell 5-4 in his absence, as Brian Bogusevic going hitless in four AB's. Mark Ori continued to make me regret my Jan Brady comparison, going 2/4 with an RBI. Bud Norris pitched a scoreless inning.

Monday, 11/17: The week ended on a ho-hum note. I think I've gotten to the point where I expected to see multiple hits and strikeouts from our hitters and pitchers, but this week that wasn't the case. Maybe it's just the natural regression to the mean or the sample size adjusting. Drew Sutton doubled and collected an RBI, while Brian Bogusevic and Chris Johnson combined to go 0/8.

Buster Posey hit a home run to lead his Waikiki BeachBoys to the Hawaii Winter League Title.  The HR was his first of the winter in 74 AB's. The catcher picked fifth overall by the SF Giants finished up the Winter League on a high note, after a so-so season overall. Jason Castro ended up with 78 AB's, and two home runs. The two highly touted catchers from the 2008 draft ended their seasons with these lines. (Note- the statistics for Posey do not reflect his last game where he hit his home run):

As the Hawaiian league closes, and the guys in Arizona play their last three games, it was nice to see our up and comers show some life. Bill James is of the opinion that the Astros have the least talented team overall when it comes to young talent (29 and under). So, Jason, Drew, et al.- hurry up. 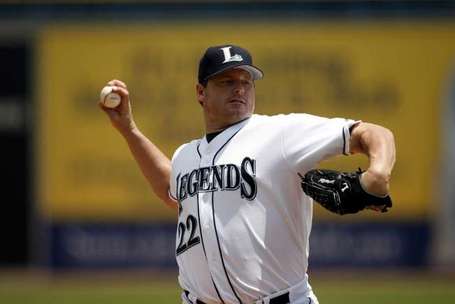